Congratulations! Your tickets have been delivered!

Scroll down for selected seat details

You are allowed to purchase a minimum of 2 and a maximum of 10 tickets per transaction. 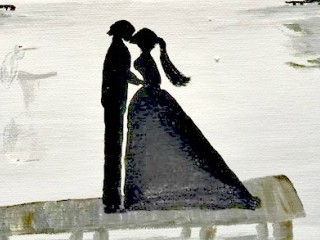 Written entirely by Kaz, his opera, Alice Flagg, debuted to strong reviews at The John F. Kennedy Center on September 7, 2015. Locally, the production will debut on May 30 at the Winyah Auditorium in Georgetown. The Georgetown County Cultural Council has been central to planning and promoting the event.
Kaz's composition is a two-act opera that tells the tale of one of the Lowcountry's most beloved ghost stories – the story of Alice Flagg from Murrells Inlet. Set in Pre-Civil War South Carolina, Alice, a daughter of an aristocratic Southern planter, fell madly in love with a lumberjack beneath her station. In an effort to halt the affair, her family sent her away to boarding school in Charleston, but not before the two lovers secretly became engaged. While in Charleston, Alice became fatally ill, causing family and fiancé to come to her aid..
A former member of the Cultural Council's "Young Treasures of the Tidelands," Kaz plans to meet with some current "Treasures," for a Q & A session while he is in town, and also hopes to be involved in local Lenten services.
A dynamic young composer, Joseph Kaz's work is already well known across the Eastern United States. With performances by ensembles including The Metropolitan Wind Symphony, The University of Tennessee and Ithaca College, Kaz's music covers many genres and fields. In competition, he has collected numerous awards including, among many others, the Jack Downey Composition Prize, the Texas Orchestra Directors Association Composition Contest and the Metropolitan Wind Symphony's North American Composition Competition.
Joseph completed his Bachelors in Music Composition at Ithaca College where he studied with Dr. Dana Wilson, Dr. Sally Lamb McCune, and Dr. Jorge Grossmann. He is pursuing his Masters in Music Composition at the Catholic University of America studying with Dr. Andrew Simpson. He is a Graduate Assistant at The Catholic University of America and Tenor Section Leader/Soloist at Church of the Epiphany in Washington, D.C.